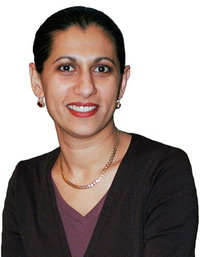 What is your name and current position?

What is your political belonging as a member of the European Parliament?

Alliance of Liberal Democrats for Europe.

What is your opinion about the current Roma situation in Europe?

The post-1989 era in Europe has seen an outbreak of intense anti-Romani sentiment in both Eastern Europe.

At present, anti-Romani sentiment is present in most, if not all, European societies and is extremely high in some countries. Ex. According to one recent survey, 79% of Czechs would not want Roma

The situation of the Roma in Central and Eastern Europe is one of the most challenging poverty issues to emerge during the transition from socialism, no single ethnic group has been so consistently excluded from the opportunities brought about by the transition than the Roma.

The treatment of Roma is today among the most pressing political, social and human rights issues facing EU.

How much is Europe aware about Roma?

The subject has been well reserch, the Roma are considered the most disadvantaged minority group in Central Eastern Europe. However little is done in practice on this situation.

Having in mind all those resolutions, directives and reports which are established by political groups in EP, at what level are Roma included and protected?

Considering your experiences and opinions which is the most urgent problem related to Roma at the European level?

What has been done until now as a program from your political agenda?

I have given particular attention to the issue of education, especially the problem of racial segregation.

What kind of activities are you planning in the future related to your political and ethnic background?

I wish to promote a policy concerning the ban of segragational practices troughout EU.

How is the cooperation between you and your colleagues?

Very good in some instances, manny are willing to work ont he plight of the Roma. Still when it comes to practical measures this support is often dwindling, mainly due to the complexity of the problems we are dealing with.

What is your vision for the future and where do you see yourself after you finish in Parliament?

I wish to return int he civil sphere. Most legal instruments for the integration of Roma are now in place, the Romani civil society has to learn how to use them effectively. If given the possibility I may wish to wrok further at the political level, but in a more executive position.