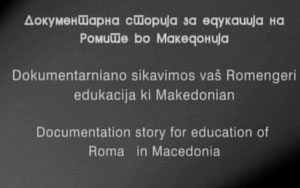 National Roma Centrum. The documentary film for the education of Roma, as part of the campaign “The key is in your hands”, has been announced as a greatest television achievement within the frames of the International week for fighting against poverty, by the UN in Macedonia. The documentary film, initiated by the National Roma Centrum, from Kumanovo, financed by the Roma Education Fund from Budapest, directed by Dragan Antonovski, and produced by Porta FM won the first prize as the best television contribution in the fight against poverty. 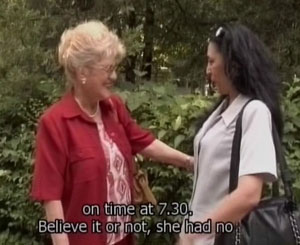 Several interviews have been made in the documentary story with well known and educated Roma from Macedonia and abroad: Nicholae Gheorghe (OSCE ODIHR), Rutko Kawzynski (ERTF), Martin Demirovski (assistant in the European Parliament), Saip Jusuf (author of the first Romany grammar), Vaska B. Mustafa (adviser in the Office of the Ombudsman of R.M). The National Roma Centrum will continue to work and strive toward realization of human rights especially of the Roma population and their integration in all processes in the society. The nation’s vitality depends upon well-educated citizens. Education is a debt due from present to future generations and Roma deserve to be included in this process as well.