National Roma Centrum (NRC)  held an annual assembly today, on which the reports on the work of the association were adopted. The Executive Director, Asmet Elezovski informed the assembly about the activities that have been successfully implemented  the efforts of the strategy until 2018 and announced that by 2022, it will work according to a new strategy in which, as before, will be the improvement of the life of citizens in Republik of North Macedonia and NRC’s active participation  of jointly-invested efforts to enter the country into the  European Union.
At the assembly also were presented the reports,that the NRC members made with the representatives from the previous composition of the European Commission and the European Parliament, the United Nations in Geneva and the successful cooperation with the OSCE ODIHR-Roma program, where NRC is part of the network for increased participation of Roma and equal access to the elections.
Elezovski pointed  that in the next period NRC will work on improving the key projects for the Roma- housing, health and education, as well as in general improvement of interethnic cooperation and respect of rights of citizens.
At the assembly also were presented the reports from the meetings with the representatives of the European and Macedonian political scene.Elezovski says, NRC will continue with the practice of awarding acknowledgments to individuals and organizations who work   on the progress and development of the Roma community in order to reduce discrimination and anti-gypsyism. He reminded for the free legal office that exists in the association, opened by the Ministry of Justice.
At the annual assembly, we expressed gratitude to the supporters, the European Commission from Brussels,Delegation of the European Union to Macedonia,French Embassy, program for Roma women at the UN, health program at  Fondation Open Society Macedonia, Soros a program for the Western Balkans from Berlin, and other donors with who we cooperate, said Elezovski.
NRC added that the Executive Director will continue to contribute by participating in forums organized by state, the Goverment, Assambly and will become part of the
Executive Director added   that the NRC  will continue to contribute by participating in forums organized by the state, the Government, Assembly and will become part of the network CIVICA of the Swiss Embassy, by MCMS, and on the international level will continue to be the carrier of the development of the Roma movement.
National Roma Centrum (NRC) will continue with the same pace of work, because integration is not an event, it is a process, indicating that  is satisfied with the increasing number of high school Roma students and Roma students. In the next period, attention will be paid to the reintegration of young people returning to the country. 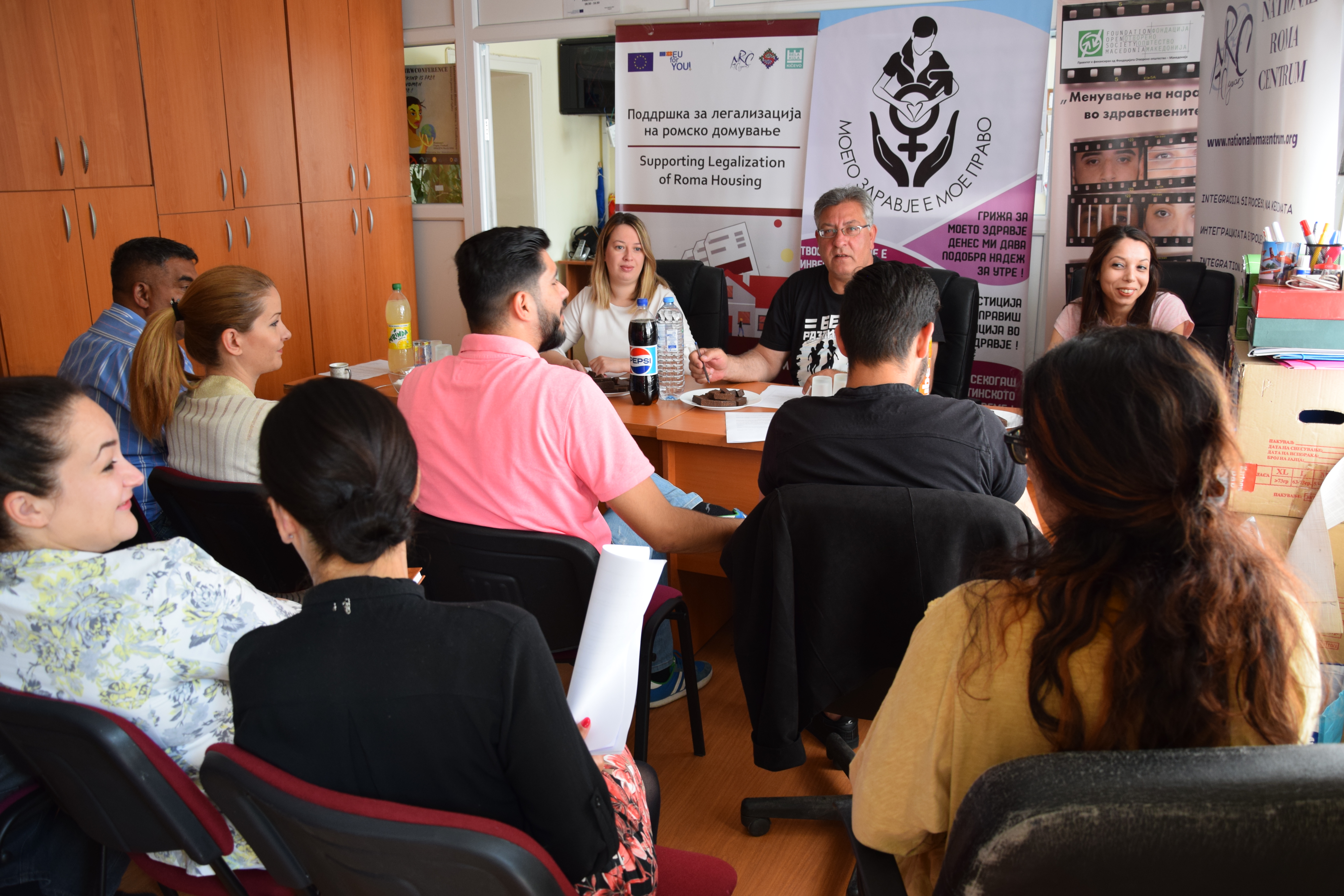